Laurence J. Yadon is an attorney, mediator, and arbitrator. He presents on various legal subjects and crime history. He is the coauthor of Pelican’s 100 Oklahoma Outlaws, Gangsters, and Lawmen: 1839-1939; 200 Texas Outlaws and Lawmen: 1835-1935; Ten Deadly Texans; and Arizona Gunfighters. Yadon resides in Tulsa, Oklahoma.

A History Channel commentator, Robert Barr Smith is the author of more than thirty articles and five books on the American Old West. He has edited several titles on outlaws, including the four that Yadon previously coauthored for Pelican. A retired colonel, Smith served more than twenty years in the Judge Advocate General’s Corps and earned the Bronze Star and the Legion of Merit while serving in the United States Army. He is a former deputy attorney general of California and a retired professor of the University of Oklahoma College of Law. He lives in Norman, Oklahoma. 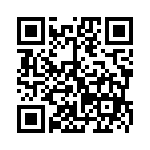