Sabrina P. Ramet is a Professor of Political Science at the Norwegian University of Science and Technology (NTNU), Trondheim, Norway. She was elected in 2002 to membership in the Royal Norwegian Society of Sciences and Letters and in 2009 to membership in the Norwegian Academy of Science and Letters. She earned her bachelor's degree in Philosophy at Stanford University, Califrornia, her master's degree in International Relations with the University of Arkansas, and her Ph.D. in Political Science at the University of California, Los Angeles. She is the author of twelve scholarly books, and editor or co-editor of 31 books - among them, Religion and Politics in Central and Southeastern Europe: Challenges since 1989 (2014) and Gender (In)equality and Gender Politics in Southeastern Europe: A Question of Justice, co-edited with Christine M. Hassenstab (2015). She has written more than one hundred journal articles and has contributed chapters to various scholarly collections.

Marko Valenta is a Professor at the Department of Social Work and Health Science at the Norwegian University of Science and Technology (NTNU), Trondheim, Norway. He is also a Senior Researcher at the NTNU Social Research. He studied Law at the University of Split, Croatia, and Sociology, Social Science and Geography at NTNU. He also earned his Ph.D. in Sociology at NTNU. He is author or co-editor of three previous books and author or co-author of more than sixty journal articles, research reports, and book chapters focusing on ethnic relations, international migrations, and the Yugoslav successor states. Valenta is a member of the European IMISCOE Research Network and board member of Nordic Migrations and Ethnic Relations research network. He coordinates the International Migrations and Ethnic Relations Research Network for Southeastern Europe. 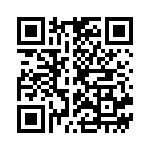