A useful guide for the general reader, as well as high school and undergraduate students, to Shakespeare's 37 plays. After a brief introduction outlining Shakespeare's life and career, Cahn carefully ... Citește recenzia completă 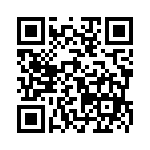