“The direction of history is discovered neither a priori nor empirically. It is neither an abstract imposition nor an objective observation.” “History is an account of facts and connections of facts ... Citiți recenzia completă

At the time of his death in 1985, Richard McKeon was the Charles F. Grey Distinguished Service Professor Emeritus in Philosophy and Greek at the University of Chicago, where he had taught since 1935. During his career he served as advisor to the United States Delegations at the first three sessions of UNESCO and was a founding member of UNESCO's International Institute of Philosophy. A prolific author, McKeon wrote eleven books and over 150 journal articles. 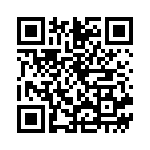