Borrowing shamelessly from its nongender-specific predecessor of the seventies, this book is a compilation of lists of various things, compiled by various experts, amatuers, and dillentants. The ... Citiți recenzia completă

A collection of 98 lists constructed from the author's personal files. Beginning with "19 Famous Gay and Lesbian Relationships, the Age of Each Partner When They First Met, and How Long Each ... Citiți recenzia completă

LEIGH W. RUTLEDGE is the ambidextrous author of The Left-Hander's Guide to Life (co-written with Richard Donley), Would I Lie to You?, Excuses, Excuses, and numerous cat books, including A Cat's Little Instruction Book and Cat Love Letters. He lives off the coast of Key West, Florida, with his twenty-some cats, several of whom are left-pawed. 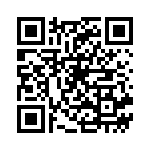