ALISON DUNDES RENTELN is Professor of Political Science, Anthropology, Law, and Public Policy at the University of Southern California. She holds a B.A. (History and Literature) from Harvard-Radcliffe, a J.D. from USC's Gould School of Law, and a Ph.D. in Jurisprudence & Social Policy from the University of California, Berkeley. She is also the author of THE CULTURAL DEFENSE (2004). 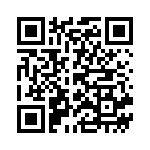