This is fantastic. Includes transcripts of key meetings where top US policy makers and the military discuss the evolving situation in Cuba. Each chapter begins with a summary description of ... Citiți recenzia completă

THE KENNEDY TAPES: Inside the White House During the Cuban Missile Crisis

The glimpse we get into the making of US policy in a crisis— in this case the Cuban missile crisis—is unique and, in light of the historical and legal problems of the taping of White House ... Citiți recenzia completă 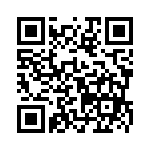