Philip Howard graduated with a first in classics from Trinity College, Oxford University. After graduation, he spent two years in the national service including being a lieutenant in the Black Watch. He was a journalist and author. He was a parliamentary correspondent for the Glasgow Herald before joining the Times in 1964. He went on to become the literary editor for 14 years, a columnist and commentator, and was still writing for the Times until a few weeks before his death. He wrote numerous books including The Royal Palaces, London's River, and We Thundered Out: 200 Years of the Times. He died on October 15, 2014 at the age of 80. 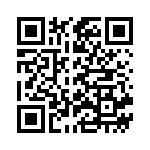