Henri Alleg is a journalist living in Paris and the author of many works in French. Jean-Paul Sartre was one of the most influential writers and existentialist philosophers of the twentieth century. Ellen Ray is the coauthor, with Michael Ratner, of Guantanamo: What the World Should Know. James D. Le Sueur is an associate professor of history at the University of Nebraska?Lincoln. He is the editor of Mouloud Feraoun?s Journal, 1955?1962: Reflections on the French-Algerian War (Nebraska 2000) and the author of Uncivil War: Intellectuals and Identity Politics during the Decolonization of Algeria, Second Edition (Nebraska 2005). 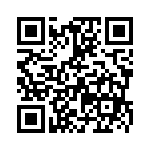