Professor Satvinder Singh Juss Ph.D (Cantab) FRSA, teaches international refugee law and human rights law at King's College London, UK, where he is also the Director for the Centre for Transnational Law, and a former Human Rights Fellow of Harvard Law School,. He is a Barrister-at-Law of Gray's Inn, who has appeared in human rights cases in the Supreme Court,the House of Lords, and the Privy Council. He has acted as an expert on human rights issues for various think-tanks such as Encounter, Rowntrees Trust, the Royal Society of Arts, the International Organisation for Migration, and lately the Centre for Social Justice, where he is currently engaged in a landmark inquiry into human trafficking and slavery. Professor Juss was the British Expert at the 2nd Conference of Ministers of Justice on the EU Rule of Law Initiative for Central Asia in Tajikistan in 2010, and seeks to combine the roles of teacher, practitioner, and activist in policy-oriented work. 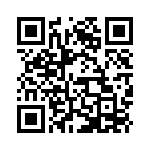