An excellent and honest story, but the encyclopaedic detail could be overwhelming for anyone not of similar nationality (Australian), age and interests Citește recenzia complet„

Pagina 131 - Labor is prior to, and independent of, capital. Capital is only the fruit of labor, and could never have existed if labor had not first existed. Labor is the superior of capital, and deserves much the higher consideration.
Apare Ón 615 c„rți din 1860-2008
Pagina 530 - Things fall apart; the centre cannot hold; Mere anarchy is loosed upon the world, The blood-dimmed tide is loosed, and everywhere The ceremony of innocence is drowned; The best lack all conviction, while the worst Are full of passionate intensity.
Apare Ón 930 c„rți din 1869-2008
Mai multe
Pagina 76 - What's that so black agin the sun?' said Files-onParade. 'It's Danny fightin' 'ard for life,' the Colour-Sergeant said. 'What's that that whimpers over'ead?' said Files-onParade. 'It's Danny's soul that's passin' now,
Apare Ón 142 c„rți din 1892-2007
Pagina 527 - So first of all let me assert my firm belief that the only thing we have to fear is fear itself — nameless, unreasoning, unjustified terror which paralyzes needed efforts to convert retreat into advance.
Apare Ón 733 c„rți din 1911-2008
Pagina 329 - I must study politics and war, that my sons may have liberty to study mathematics and philosophy. My sons ought to study mathematics and philosophy, geography, natural history and naval architecture, navigation, commerce, and agriculture, in order to give their children a right to study painting, poetry, music, architecture, statuary, tapestry, and porcelain.
Apare Ón 293 c„rți din 1841-2007
Pagina 275 - Tell all the Truth but tell it slant— Success in Circuit lies Too bright for our infirm Delight The Truth's superb surprise As Lightning to the Children eased With explanation kind The Truth must dazzle gradually Or every man be blind...
Apare Ón 290 c„rți din 1922-2008
Pagina 154 - God save our gracious Queen, Long live our noble Queen, God save the Queen: Send her victorious, Happy and glorious, Long to reign over us: God save the Queen.
Apare Ón 514 c„rți din 1799-2008
Pagina 528 - I'll never know, in the silence you don't know, you must go on, I can't go on, I'll go on" (Three Novels by Samuel Beckett [New York: Grove Press, 1955], p.
Apare Ón 245 c„rți din 1888-2008
Pagina 530 - The best lack all conviction, while the worst Are full of passionate intensity. Surely some revelation is at hand; Surely the Second Coming is at hand. The Second Coming! Hardly are those words out When a vast image out of Spiritus Mundi Troubles my sight: somewhere in sands of the desert A shape with lion body and the head of a man, A gaze blank and pitiless as the sun, Is moving its slow thighs, while all about it Reel shadows of the indignant desert birds. The darkness drops again; but now I know...
Apare Ón 827 c„rți din 1892-2007
Pagina 155 - Thy choicest gifts in store On her be pleased to pour; Long may she reign: May she defend our laws, And ever give us cause To sing with heart and voice God save the Queen.
Apare Ón 283 c„rți din 1799-2008
Mai puține

The Hon. Dr Barry Jones is a writer, broadcaster and former Labor member of both the State and Federal parliaments. He was Australia's longest serving Science Minister (1983-90) and served as National President of the Australian Labor Party from 1992 to 2000 and again in 2005-06. He is the only person to have been elected as a Fellow of all four Australian learned academies: Technological Sciences and Engineering in 1992, the Humanities in 1993, Science in 1996 and Social Sciences in 2003. He was also a member of the Executive Board of UNESCO in Paris (1991-95), Vice-President of the World Heritage Committee (1995-96) and a consultant for the OECD. He now serves on six medical research board and the board of CARE Australia...In 1998 he became a Living National Treasure and received a John Curtin Medal in 2001. Barry Jones Bay in the Australian Antarctic Territory and Yalkaparidon jonesi, a rare extinct family of marsupials, were named for him...In 1999 he was appointed and 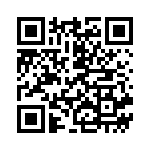