Peter Davidson is the poetry editor of The Atlantic Monthly, and lives in Boston.

Edward Shils, an American sociologist, is a professor at both the University of Chicago and King's College, Cambridge. The editors of a Festschrift prepared in his honor note that he has been a pioneer in clearing up the logical confusion over the concept of ideology and in exploring the role of intellectuals in contemporary life. Shils's work on the institutionalization of sociology as an academic discipline has been fundamental to all discussions of this question. His interest in sociological concepts has been valuable in analyzing political and cultural leadership and societal cohesion. These concepts include his interpretation of "charisma," his own concepts of "center" and "periphery," and his revision of the term "mass society." Shils also introduced into sociology the concept of "scientific community," now central to the sociology of science. He is the founding editor of Minerva, a major journal in the field of higher education and the sociology of knowledge generally. 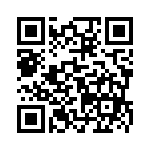