Pagina 143
This , as a matter of course , led to the expansion of the training facilities at Bovington , both in the number of tanks and especially in the workshops . New buildings were provided and standard lights fitted so that repair work could ...
Pagina 144
Thus , according to the Census returns of 1921 , the Tank Corps Centre , which included Wareham , Swanage and Lulworth as well as Bovington , decreased in numbers from sixteen thousand to two thousand , two hundred and thirty - two .
Pagina 150
When he was asked if it was true that he first arrived in Bovington with some kind of mobile shop selling polish , blanco and bootlaces , he admitted that it was , in fact , true he did sell necessities to the troops but not bloody ... 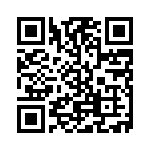