Pagina 138 - Government, shall determine in accordance with the wishes of the inhabitants, so far as may be compatible with economic and geographic conditions, the boundaries between Northern Ireland and the rest of Ireland...
Apare în 176 cărți din 1809-2007
Pagina 138 - In the exercise of their power to make laws under this Act neither the Parliament of Southern Ireland nor the Parliament of Northern Ireland shall make a law so as either directly or indirectly to establish or endow any religion, or prohibit or restrict the free exercise thereof, or give a preference, privilege, or advantage, or impose any disability or disadvantage, on account of religious belief...
Apare în 120 cărți din 1908-2007
Mai multe
Pagina 137 - In time of war or of strained relations with a foreign power such harbour and other facilities as the British government may require for the purposes of such defence as aforesaid.1 8. With a view to securing the observance of the principle of international limitation of armaments, if the government of the Irish Free State...
Apare în 132 cărți din 1827-2006
Pagina 136 - I do solemnly swear true faith and allegiance to the Constitution of the Irish Free State as by law established and that I will be faithful to HM King George V, his heirs and successors by law, in virtue of the common citizenship of Ireland with Great Britain and her adherence to and membership of the group of nations forming the British Commonwealth of Nations.
Apare în 234 cărți din 1780-2006
Mai puține

William H. Kautt, PhD, served for ten years an officer in the U.S. Air Force and took part in several campaigns. Kautt joined the Department of Military History at the U.S. Army Command & General Staff College in Fort Leavenworth, KS in 2003. In the summer of 2005, he was elected a Fellow of the Royal Historical Society. He is the author of Ambushes and Armour: The Irish Rebellion 1919-1921, published in 2010. 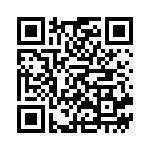