Jay Demerath is a professor of sociology at the University of Massachusetts at Amherst and the author of ten books, among them Sacred Companies: Organizational Aspects of Religion and Religious Aspects of Organizations and A Bridging of Faiths: Religion and Politics in a New England City. He is the immediate past president of the Society for the Scientific Study of Religion. 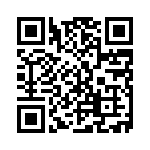