A CONSTRUCTED PEACE: The Making of the European Settlement, 1945-1963

paper 0-691-00273-8 An impressive account of what really happened during the Cold War. A happy byproduct of the recent international thaw is the freeing of scholars from ideological assumptions. In ... Citiți recenzia completă

Argues that the fundamental issue in the Cold War was the German Question. Shows how it took from 1945 until 1963 to arrive at the working arrangement that Germany would be divided, with West Berlin ... Citiți recenzia completă

Marc Trachtenberg is Professor of History at the University of Pennsylvania. He is the author of History and Strategy (Princeton) and Reparation in World Politics: France and European Economic Diplomacy, 1916-1923. 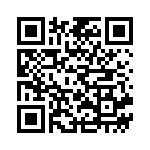