Samuel W. Mitcham, Jr., is the author of more than twenty books on World War II. He lives in Louisiana. Friedrich von Stauffenberg, who died in 1989, was an expert on German-armored warfare in World War II. 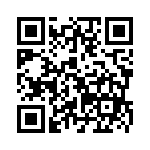