Angus Maddison is emeritus professor at the University of Groningen in the Netherlands and honorary fellow of Selwyn College, Cambridge University. 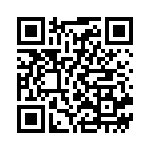