One of the most underappreciated books in political theory, this book deserves to be read and digested by all students of political power. The conclusion, for those who have not arrived at it ... Citește recenzia completă

Review: Power and Struggle (The Politics of Nonviolent Action #1)

Practical, focused, engagingly written, and refreshingly free from histrionics, this is the best book about how social movements actually happen that I've read. After squinting my way through a lot of ... Citește recenzia completă

Gene Elmer Sharp was born in North Baltimore, Ohio on January 21, 1928. He received a bachelor's degree in social science and a master's degree in sociology from Ohio State University and a doctorate from Oxford University. During the Korean War, rather than declaring himself a conscientious objector, he refused to cooperate with his draft board because he opposed conscription altogether. He was sentenced to two years in prison for draft dodging, but only served nine months. His strategy of peaceful resistance inspired velvet revolutions that toppled dictators on four continents. He created a list of 198 nonviolent weapons of protest and noncooperation to disrupt or even paralyze oppressive authorities including boycotts, mock funerals, hunger strikes, and Lysistratic nonaction. In 1983, he founded the Albert Einstein Institution to promote indigenous regime change that does not invite violent retaliation. He also taught political science at the University of Massachusetts Dartmouth and was a researcher at the Weatherhead Center for International Affairs at Harvard University. His first book, Gandhi Wields the Weapon of Moral Power: Three Case Studies, was published in 1960. He wrote over 30 books including The Politics of Nonviolent Action: A Conceptual Framework for Liberation and Civilian-Based Defense: A Post-Military Weapons System. He died on January 28, 2018 at the age of 90. 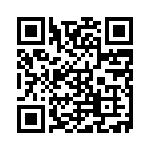