The Solzhenitsyn Files: Secret Soviet Documents Reveal One Man's Fight Against the Monolith

Upon his release from the Gulag, the Soviet system of labor camps, following Stalin's death, Alexander Solzhenitsyn was able to publish fictionalized accounts of his prison experiences in the ... Citiți recenzia completă

Edvard Kocbek was born in 1904, the son of a church organist, in a part of present-day Slovenia that was then in Austria-Hungary. Following the publication in 1934 of his first book of poetry, he published essays that presaged the wartime alliance of this Christian Socialist with the Tito-led partisan resistance. Despite a lengthy postwar publication ban, Kocbek went on to win the Preseren Prize, Slovenia's highest literary award, in 1964. More books of both poetry and prose followed, including his "Collected Poems" in 1977, which sealed his reputation as Slovenia's greatest modern-day poet. Michael Scammell, who teaches writing in Columbia University's School of the Arts, has translated widely from Russian, Serbo-Croatian, and Slovenian, including works by Tolstoy and Nabokov. Veno Taufer, the author of sixteen volumes of poetry in his native Slovenia and the translator of more than forty books of poetry, is the recipient of the Preseren Prize and several prestigious international awards. His verse, including the collection Waterlings (Northwestern, 2000), has been translated into numerous languages. 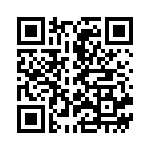