Michael Pye writes for a living -- as novelist, journalist, historian and sometimes broadcaster. He is English by birth, but civilized by study in Italy and a newspaper apprenticeship in Scotland. For twenty years he commuted between New York and Europe as a political and cultural columnist for British newspapers. He now lives with his partner John Holm in a tiny village in the forests of rural Portugal.
He grew up in the English countryside and, in the classic English manner, was sent abroad to grow up: to the Universita per Stranieri in Perugia, Italy. He returned to study history at Oxford, won various prizes and was about to become an academic when he realized that writing, and writing often, was the only thing he knew how to do. He joined "The Scotsman" newspaper in Edinburgh during the headiest days of Scottish nationalism and in 1971 was hired by the "Sunday Times" in London, where he was financial reporter, editor of an Insight investigative unit and a writer and editor for the paper's Spectrum feature pages. At the same time, he presented current affairs programs on TV in Scotland, and wrote and presented documentaries for the BBC and STV.
Things can be just too agreeable -- and predictable. In 1978, he ran off to the Bahamas, discovering painfully that tax havens are much less attractive when you have no money in the first place, and found himself drawn more and more to New York. From 1980, he worked the transatlantic beat, writing an American political column for "The Scotsman," a New York cultural column for the "Daily Telegraph," and pieces for "Esquire, Geo, Atlantic Monthly, The New York Times" and many other newspapers and magazines. Even this semi-nomadic, demi-glamorous life palled; and in 1997 he went to write in the foothills of the mountains that divide Portugal from Spain.
He has published ten books, and is proud of some of them: The Movie Brats, written with Lynda Myles, which was the first serious study of what the Scorsese generation did to Hollywood; King Over The Water, which exposed the machinations of the Duke of Windsor in the wartime Bahamas; Maximum City, the biography of New York which set out to find the roots and history of the city's magic; The Drowning Room, a novel on the first whore of New York in its wild Dutch days; and, of course, Taking Lives. 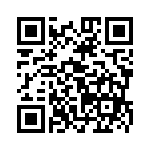