Edward Abbey was born January 29, 1927 in Indiana, Pennsylvania, and grew up in nearby Home. After military service in Naples, Italy, from 1945-47, he enrolled in Indiana University of Pennsylvania for a year before traveling to the West. He fell in love with the desert Southwest and eventually attended the University of New Mexico, where he obtained both graduate and post-graduate degrees. Abbey was a Fulbright Fellow from 1951-52. Abbey was an anarchist and a radical environmentalist; these positions are reflected in his writings. His novel Fire on the Mountain won the Western Heritage Award for Best Novel in 1963. Desert Solitaire: A Season in the Wilderness, considered by many to be his best work, is nonfiction that reflects Abbey's love for the American Southwest and draws on his experiences as a park ranger. Among his best-known works are The Brave Cowboy (1956), The Monkey Wrench Gang (1975), and The Fool's Progress (1988). In 1966 The Brave Cowboy was made into a movie titled Lonely Are the Brave, starring Kirk Douglas. Two collections of essays have been published since his death in 1989: Confessions of a Barbarian in 1994 and The Serpents of Paradise the following year. In 1987, Abbey was offered the American Academy of Arts and Letters Award, but he declined. Abbey died in March 1989, near Tucson, Arizona, from complications following surgery. He did not want a traditional burial but rather requested to be buried in the Arizona desert, where he could nourish the earth which had been the subject of so many of his works.

Robert Crumb was born in Philadelphia, Pennsylvania on August 30, 1943. In 1962, he worked for the American Greetings Corporation. He first worked as a color separator before getting promoted to an illustrator position. He entered the public eye as an underground cartoonist during the late 1960s as the creator of Zap Comix. He created such characters as Fritz the Cat, Angelfood McSpade and Mr. Natural. He created cover art for Big Brother and the Holding Company's Cheap Thrills album. His numerous collections include Weirdo, Black and White, Big Ass Comics, People's Comics, Dirty Laundry Comics, The Crumb Family Comics, The R. Crumb Handbook, and The Book of Genesis. 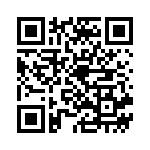