THE BOOK OF IMMORTALITY: The Science, Belief, and Magic Behind Living Forever

Former Vice editor Gollner (The Fruit Hunters: A Story of Nature, Adventure, Commerce and Obsession, 2008) may have felt he would need to achieve immortality in order to write this comprehensive, busy ... Citiți recenzia completã

Adam Leith Gollner has written for The New York Times, The Wall Street Journal, The Guardian, The Globe and Mail, and Lucky Peach. The former editor of Vice magazine, his first book is The Fruit Hunters, which was recently adapted into a feature-length documentary film. He lives in Montreal. 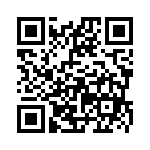