Ugh. Why is there so much unnecessary content? The author goes off of so many tangents. You can't shame a whole generation based on the actions of five dumb teenagers. Why are there so many chapters ... Citește recenzia completă

An excellent blend of true crime story intermixed with a search for motive. What drives a bunch of privileged, celebrity sword hopping fashionistas to burglarize the homes of Lindsey Logan, Orlando ... Citește recenzia completă 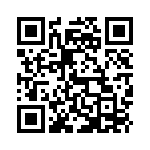