In the nihilistic aftermath of World War II, the efforts of emerging phenomenologist Mircea Eliade, Judaist Gershom Scholem, and Islamicist Henry Corbin formed the discipline of the History of ... Citește recenzia completă

Interesting in its incorrectness and biased perspective Citește recenzia completă

Steven M. Wasserstrom is the Moe and Izetta Tonkon Associate Professor of Judaic Studies and the Humanities at Reed College in Portland, Oregon. His book Between Muslim and Jew: The Problem of Symbiosis under Early Islam (Princeton) was given the Award for Excellence in Historical Studies from the American Academy of Religion. 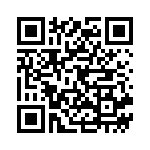