Barbara A. Crow is Assistant Professor of Women's Studies at the University of Calgary and writes on feminist politics and technology. 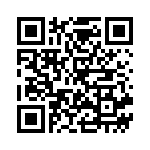