He is primarily known today for his maps and charts collected in his Kitab-ı Bahriye (Book of Navigation), a book that contains detailed information on navigation, as well as very accurate charts (for their time) describing the important ports and cities of the Mediterranean Sea. He gained fame as a cartographer when a small part of his first world map (prepared in 1513) was discovered in 1929 at the Topkapı Palace in Istanbul. His world map is the oldest known Turkish atlas showing the New World, and one of the oldest maps of America still in existence anywhere (the oldest known map of America that is still in existence is the map drawn by Juan de la Cosa in 1500). Piri Reis' map is centered on the Sahara at the latitude of the Tropic of Cancer.

In 1528, Piri Reis drew a second world map, of which a small fragment (showing Greenland and North America from Labrador and Newfoundland in the north to Florida, Cuba, Hispaniola, Jamaica and parts of Central America in the south) still survives. According to his imprinting text, he had drawn his maps using about 20 foreign charts and mappae mundi (Arab, Spanish, Portuguese, Chinese, Indian and Greek) including one by Christopher Columbus. He was executed in 1553. 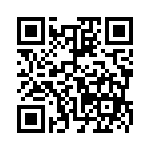