Isabella Moore is an Australian documentary photographer born and based in Sydney. Her work focuses primarily on contemporary issues and culture and has been published in The Guardian, The New York Times and VICE among others. She has independently researched and captured stories in Russia, Brazil, Peru, France and Sweden. Her first book, Mullet, features the portrait of a Junior Mullet Category Contestant that was a finalist in the prestigious photographic Moran Prize in 2018. You can follow her work on Instagram @isabellamelody 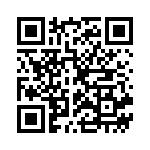