Interesting. Thought-provoking. Different for its time. However, it remains poetry. If you enjoy poetry for what it is, you will enjoy this collection. If you understand poetry, you will get much more for it. Citiți recenzia completă

Hello Frank. You are to me in that you are far away. I like that about you. One day I will be able to get your references without my internet but I'll probably have to move back to brooklyn. But hell ... Citiți recenzia completă

Frank O'Hara 1926-1966 Poet Frank O'Hara was born in Baltimore, MD and raised in Massachusetts. He served in the Navy and then studied at Harvard and the University of Michigan. From 1952 to 1966, O'Hara was on the staff at the Museum of Modern Art. He was a critic and a playwright and stayed active in the art scene. O'Hara published six books of poetry from 1952 until his death. Frank O'Hara died in 1966 when he was run down by a dune buggy on Fire Island. The Collected Poems of Frank O'Hara edited by Donald Allen (Knopf, 1971), the first of several posthumous collections, shared the 1972 National Book Award for Poetry. 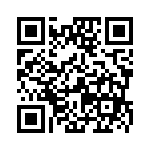