Olaf Kirch has a degree in Mathematics from Technische Universitaet Darmstadt. He presently works as a UNIX programmer for a company producing a CAD system. A Linux fan for a couple of years now, he is amazed at the pace its development continues to progress. For relaxation, Olaf likes painting, drawing, and reading (anything from nineteenth century poetry to detective novels and Japanese manga). He likes to spend time outdoors whenever possible. He doesn't have a driver's license (never had one), so he goes about most of his daily routine by bicycle. When he gets away from his keyboard for more than a few days, he likes to go mountain-walking.

Terry Dawson is an amateur radio operator and long time Linux enthusiast. He is the author of a number of network related HOWTO documents for the Linux Documentation Project, co-author the 2nd edition of O'Reilly's Linux Network Administrators Guide and is an active participant in a number of other Linux projects. Terry has 15 years professional experience in telecommunications and is currently engaged in network management research in the Telstra Research Laboratories. 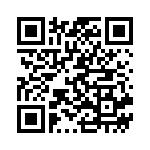