Imagine one day your husband falls sick with the flu. The next day is his incoherent and delusional. You rush him to the hospital, only to discover that a virus has completely destroyed the memory ... Citește recenzia completã

I was very torn about this book. On the one hand, it is the absolutely fascinating, and tragic tale of a musician and conductor who suffered a devastating form of amnesia after a bout of encephalitis ... Citește recenzia completã

Deborah Wearing campaigned for specialist services for brain-injured people and helped found a national charity, the Amnesia Association (merged in 1991 with Headway). She now works as a writer. 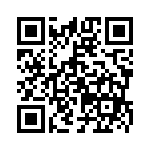