Changing the Course of Autism: A Scientific Approach for Parents and Physicians

Once viewed as rare and unusual, autism is now considered an epidemic with the latest Centers for Disease Control and Prevention findings reporting that one in 150 children in the United States now ... Citiți recenzia completă

Dr Jepson graduated from the University of Utah Medical School in 1995 and completed residency training in Grand Rapids , Michigan in 1998. Board certified in emergency medicine, he lives in Austin, Texas, with Laurie and their two sons. JANE JOHNSON became interested in medical treatment for learning disabilities in 2000, when her son was diagnosed with non-verbal learning disorder (NLD). In her effort to educate herself, she became more and more alarmed at the epidemic growth and prevalence of developmental disorders. She is the Co-Managing Director of the Board of Thoughtful House. She lives in New York City with her husband and their three children. The foreword is by Katie Wright, whose parents, Bob and Suzanne Wright, founded Autism Speaks after Katie's son was diagnosed with autism. As CEO of NBC/Universal, Bob made Autism Speaks the biggest autism organization in the USA, and Katie and her parents have worked tirelessly to raise autism awareness.

Jane Johnson is an English author of books for children and adults. She also writes under the pseudonyms Gabriel King and Jude Fisher. She earned a master's degree in Old Icelandic language and literature. She also worked as an editor from 1984 to 1992 at Geroge Allen and Unwin Publishers. Her title's include: The Secret Cowboy, Shadow World, Dragon's Fire and The Sultan's Wife. As Gabriel King she wrote the Tag the Cat series. 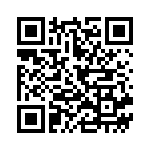