An an eye opening read into this time period, this region, and these people. Not a pleasant read at times, but illuminating. Citește recenzia completă

Born in London in 1745, Samuel Hearne joined the Royal Navy at the age of 12 and served under Captain Samuel Hood during the Seven Years War. In 1766, seeking adventure, he joined the Hudson's Bay Company to work as first mate on a whaling ship. He was based at the HBC's northernmost outpost, Prince of Wales fort, and was only 24 when he set out on the quest described in this book. 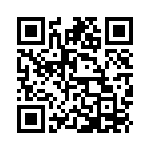